We emailed you to make sure we have the right email address.

A recover link has been sent to your email address.

A recover link has been sent to your email address.

The website that is now known as Velogames was formed in 1997, simply as George Chapman`s Velogames Spain 2018.

After several years providing Velogames Spain 2018, the Velogames name was selected and other games introduced.

Over the past 18 years, the site has seen games devoted to all aspects of the road cycling season, including the Tour of Spain, Tour of Spain, Paris - Nice, Spring and Autumn Classics, and the World Championships.

The Velogames Grand Tour competitions are well-known for delivering a scoring system of great depth, with points awarded for stage results and overall classifications, along with several other ways for a rider may gain points.

Points hauls can be gained by winning intermediate sprints and leading over mountains, or taking for wearing the coveted leaders' for each classification in the race.

Additionally, Velogames rewards the loyal workers of the team, as assists are picked up for contributing to a teammate's winning performance.

As such, the main Velogames Grand Tour scoring system has remained relatively stable over the years, with tweaks here and there rather than a major revolution.

Players who begain playing the games over 15 years ago have seen the website evolve but their core game experience remains true to the traditions of the first Fantasy Tours de France.

The key to maintaining a competitive team is to select a well-balanced squad that will score well on stage results throughout each race, and also have several riders competitng for the End-Of-Tour classification points.

A little research can go a long way!

No summer would be complete without participation in the Velogames Velogames Spain 2018, as over 30,000 participants last season attest.

The Traditional Velogames Fantasy Grand Tours will remain the key focus of the summer, with the Tour of Spain, Paris - Nice and Tour of Spain games all running for another season.

If you would like to discuss sponsorship or advertising opportunities, request a media information pack or would even like a Velogames contest set up for your own favourite race, please use the Contact Form. 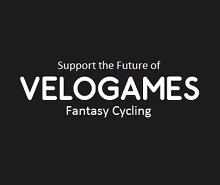